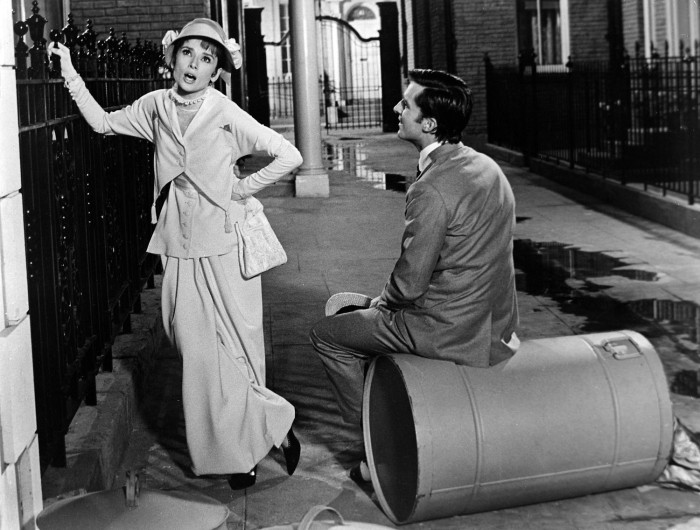 “Don’t talk of stars, burning above! If you’re in love, show me!
Tell me no dreams filled with desire, if you’re on fire, show me!
Here we are together in the middle of the night.
Don’t talk of spring, just hold me tight!”
Show Me from My Fair Lady

Think of your book as a court case. Would you, as the jury, believe the prosecutor if he screamed, “The defendant is guilty!!! …And I rest my case.”

No. You want proof so you believe beyond reasonable doubt that the defendant is guilty.

Apply the same idea to your writing. What proof do you have to convince your reader that your character is bored, that her hero is unhappy, that his antagonist is delighted? Let’s look at an example.

Belinda was bored. She had a lot to do and her friends, while hilarious, had no idea what sort of deadlines she faced. Three C++ programs and an analysis of Moby Dick to write? She had to figure out how to make her excuses and get out of there, quick.

What’s the problem? I’m telling you she’s bored and has a lot to do, but I don’t tell you how she’s reacting to these facts. Let’s try again.

Belinda twisted her ring around her finger. A paper and three programming assignments. She crossed her legs. Maybe she could write the Moby Dick analysis first? She uncrossed her legs. No, Moby Dick would take much longer, better do the programs first. Belinda glanced once at her cell phone, pressing the side button to illuminate the little screen and see the time. Class in twenty minutes. She stood to stretch, and no one said anything, knowing her history with back pain. She pushed her chair back to its desk and straightened the other empty chairs around her, inching for the door.

What is different? I rely on shorter sentences to portray an anxious mood. There are descriptive verbs: twisting, crossing, uncrossing, glancing, stretching, pushing, inching. Can you see someone doing this? Too polite to say they want to leave, but showing you they want to, anyway?

Movies and songs do this because they don’t have the luxury of 80,000 words to explain everything. Love songs describe missed phone calls, the smell of an old shirt, the empty half of a bed. Small details showing us the singer is alone and heartbroken, which is more powerful than the singer repeating, “Oh, I’m heartbroken, can’t you see I’m heartbroken?”

Treat each scene in your book as if it were a scene in a movie. What details would the camera show the audience?

Watch your co-workers, family, friends and enemies, the strangers on the street. Can you tell what is going on without hearing the conversation? Are they standing upright? Are their shoulders hunched? Are they looking away as they speak? Are they sweating?

Showing Through the Environment

Sure, maybe it was a “dark and stormy night,” but we’ve all heard that before. What about your five senses help you realize that it is storming, and that you wouldn’t want to be caught in the middle of it? Are the gnats gathering into furious swarms? Is the heat pressing against your skin, making you feel like you can’t breathe? Are the trees swaying? Can you smell the heavy dampness?

Show me the house is worn down by describing spider webs in the windows, so thick they prevent the full sunlight from shining into the room. Show me how the roof is badly patched with pieces of rotting bark collected from the nearby forest. Details, details, details.

Comment on the Show Don’t Tell mantra to enter in the Worderella free critique contest. Do you think it works? Are you tired of hearing it? If this is the first time you’ve heard about it, does it confuse you?

Books to Buy: Eight Ways to Bring Fiction to Life, How to Write a Damn Good Novel

Links to reference: Showing Through Dialogue, How to Avoid Too Much Backstory

This five part series is my participation in Lynn Viehl’s Left Behind & Loving It (LB&LI) convention. I’ll tackle a different facet of editing each day:

Read more for details about winning a free Worderella critique at the end of this week!